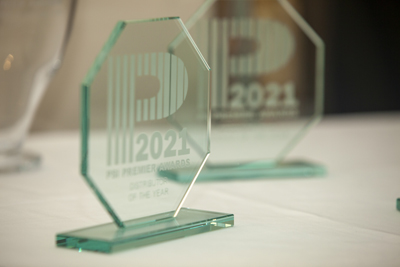 The winners of the PSI Premier Awards 2021 have been announced at an event held at Warren Weir at Luton Hoo.

The first large gathering on the security industry calendar for some time, the PSI Premier Awards Dinner saw the most innovative products and most valued companies recognised and rewarded in a ceremony hosted by the editor Andy Clutton and guest speaker Shaun Williamson (aka Barry from Eastenders).

Over 130 guests gathered at the venue to see the winners of this year’s campaign revealed as well as to compete in a casino night sponsored by Fortus. The winners as voted by security systems installers were:

Distributor of the Year – ADI Global

Also recognised on the evening, picking up the award for Outstanding Contribution was the founder of CSL and Chairman of the BSIA, Simon Banks. Simon has not only steered CSL to a commanding position in the market but is also passionate about bringing new talent to the industry and ensuring a healthy future for the sector working diligently with Skills for Security. His impact on the development of apprenticeships has been widespread and thus he is worthy of recognition this year.