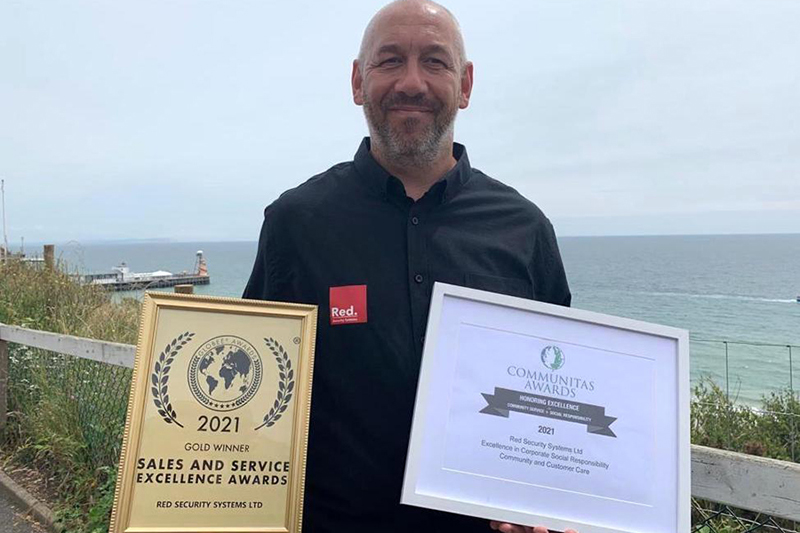 The company was the winner of the international Communitas Award for Corporate Social Responsibility for its support for vulnerable customers and its system donation scheme that allows customers to donate their old security systems, which it then refurbishes and installs free of charge for charities (most recently for armed forces charity SSAFA).

MD of Red Security, Yann Maciejewski commented: “Winning the Communitas award meant a lot as supporting communities is one of the key priorities we set out when we founded the company less than a year ago.”

The company also picked up Gold in the Customer Sales and Service Excellence Awards. The global awards, now in their 8th year, are judged by a panel of representatives from companies around the world, including Starbucks, Deloitte and Google.

Wessex Fire & Security promotes from within