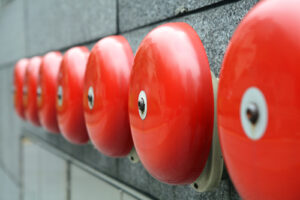 After the successful study and publication of its book ‘False Alarm Study’ the Fire Section of Euralarm has decided to continue the study and ask the Technical Group False Alarms how the reduction of false alarms can be further progressed. A new European standard might be one of the proposals.

False alarms from fire detection and fire alarm systems is a topic that Euralarm’s Technical Group False Alarms has been working on since 2012 resulting in the publication of a book covering a three-year study of the risk-based understanding of the topic in various European countries.

The work was initiated after budget cuts and a subjective perceived high rate of false alarms. In some European countries it even led to changes on specific practices of fire services. An example is the verification that is required in some countries before intervention forces are deployed, in order to avoid unjustified costs. This calculation is however limited to the impact of false alarms on fire services alone with its negative effects: it could lead to an increase of the risk to lives and inflict more cost in overall to society. Establishing the objective high risk of the false alarm rates as a basis for further analysis e.g. of their costs was one of the main reasons to start the false alarm study.

The study offers a clarification of false alarms as a phenomenon. It includes a description of the processes to initiate fire service intervention, formulas to calculate false alarm ratios, as well as a methodology of the overall analysis. This scientific approach allows for a precise picture of the situation in selected European countries as regards false alarm: Germany, Great Britain/England, Switzerland, Sweden and Austria/Vorarlberg, are covered in the study.

The study also contains recommendations and strategies to reduce false alarms, which are based on carefully examined statistics on fires and, in particular, the number of fire alarms due to detection of actual fires by fire detection and fire alarm systems, as compared to the false alarm rate.

“We have seen that there are positive effects of false alarms and that the number of real identified fires is increasing with the number of installations. However, the proportion between the consequences of real and false alarms is not adequate”, according to Sebastian Festag, chairman of the TG False Alarms.