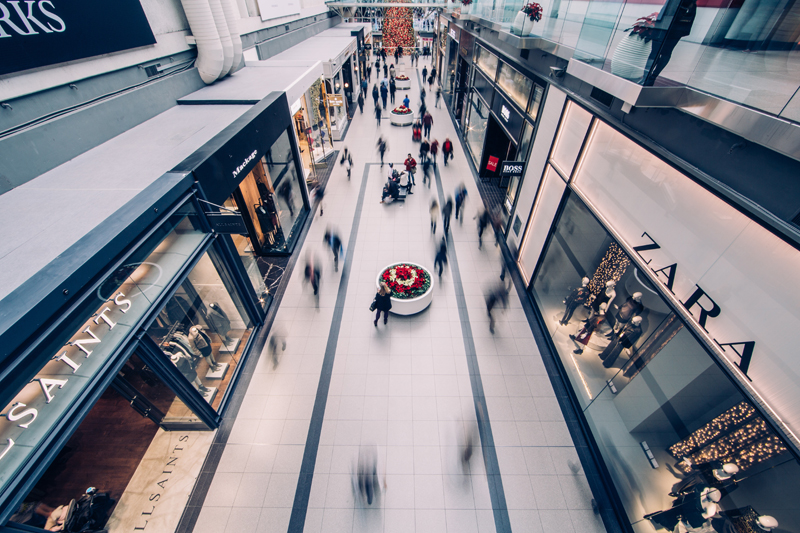 As Brits flock back to high streets following months of the induced lockdown, the substantial spike in footfall created will put the public at greater risk of attack, according to ATG Access.

With non-essential retail outlets, such as Primark and Sports Direct, now having re-opened their doors to the public on 15th June, high street footfall soared by 51% overnight compared with the previous week, according to Springboard data, with unprotected queues stretching across several streets in some instances. Public retail spaces, such as shopping centres and retail parks, also saw footfall increase by 41%.

Retail re-openings, as well as beer gardens, hair salons and gyms also highly likely to begin from July 4th, mean that more of the public will frequent open public spaces over the coming weeks.

These phased re-openings in turn put the public at greater risk of terrorist activity by increasing civilian density in pedestrianised spaces, increasing the risk of attack methods such as hostile vehicle ramming attacks, wherein a terrorist uses a vehicle as a weapon to target crowds of civilians. According to the most recent figures, provided by MI5, the current national threat level from terrorism remains “substantial”, meaning that an attack is “likely”.

This increased threat has placed councils under pressure to implement measures that can be both deployed quickly to ensure civilians are kept safe and remain in place over the coming weeks while social distancing measures are in place. Long-term, there is also likely to be pressure for councils to balance this need with retaining the societal benefits brought about by lockdown, such as cleaner air through reduced car use and a greater sense of community, leading to calls for more pedestrianised public spaces moving forwards.

In order to strike this balance, some of the areas councils must consider are:

Public disruption: Permanent pedestrianisation schemes are often quite substantial in scale and involve traffic and construction disruption in the short-medium term which can create hostility towards a scheme.

Alienating key stakeholders: If not thought about or catered for, stakeholders relying on vehicle transport such as delivery drivers, emergency service vehicles, taxis or groups unable to travel using public transport will feel alienated.

To minimise these consequences, the business has also created a list of additional points councils must consider when implementing protection measures:

Iain Moran, director at ATG Access, said: “While the gradual easing of lockdown and the economy beginning to get back on its feet is to be welcomed, we must not forget that the greatly-increased number of pedestrians frequenting unprotected public spaces creates a substantial security threat which cannot be ignored. The queues we have already seen down our high streets, retail parks and other public spaces this week are not likely to be an isolated incident, but rather the new normal over the coming weeks and months while social distancing measures are in place.

“Subsequently, it is critical that Government and local authorities act quickly and decisively to keep pedestrians safe from potential attack, while also implementing solutions that both keep the public safe and contribute to more functional, attractive pedestrianised spaces, which will have an ever-greater influence on our public landscapes moving forwards.”

Evolution and Zitko Consulting in partnership

The case for the Ethernet over Coax...