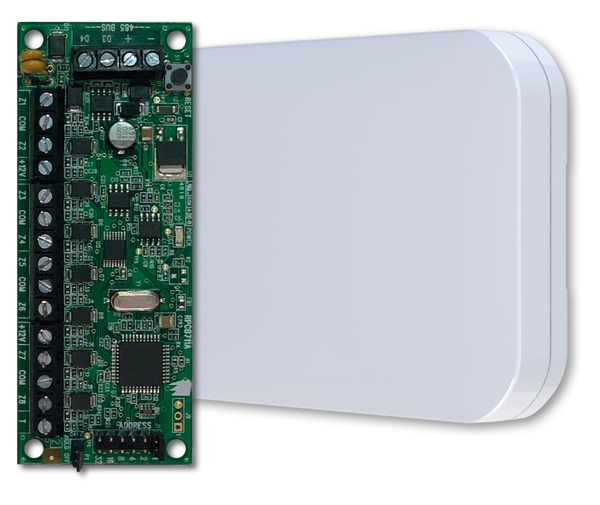 Pyronix has announced the release of its ZEM8/E+P-BOX, an RS485 expander that adds eight zones to any expandable Pyronix wired or hybrid system.

Installation has also been optimised on the ZEM8/E+P-BOX, with keyhole and slotted mounting holes featured on the back for easier levelling, while four cable tie anchorage points allow for easier cable management and a neater finish. The P-BOX also has front and rear tamper protection.

The standard back box mounting is also advantageous in new house builds or restorations, where the cables can be routed into a back box and protected while the room is plastered. Fixing these cables before plastering, provides a neater installation and protection to cabling during the first fix stage.