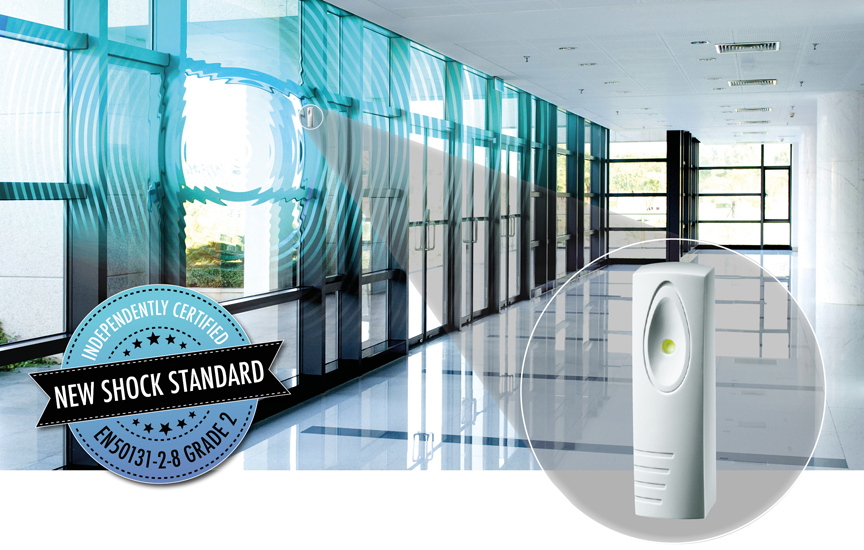 It should be remembered that while contacts are commonly used to detect unauthorised opening of external doors and windows, in order to trigger an alarm, the intruder must open the door or window. While this does deliver an early alarm, often before they’ve gained entry to the premises, it can often result in damage being caused, which equates to a cost for the end user.

Perimeter based detection devices include external PIRs and dual technology units, beam-based devices and shock sensors. The latter can also be used for internal detection, such as on safes, secure storage areas, high risk spaces (such as doors of cash-handling areas, etc.), but when used on external doors and windows can deliver the earliest warning of an attempted intrusion.

Shock sensors can detect the initial attempt to break through or force open a door or window, and are ideal for locations likely to be targeted for attack, such as ground-level doors, windows on flat roofs, skylights, etc.. Most shock sensors can also include a contact detector, so it’s always best to use combined units on vulnerable doors and windows.

The reality is that many installers and integrators don’t, because the risk of nuisance activations from innocuous vibrations or non-threatening impacts is too high. This isn’t to say that shock sensors are (or were) unreliable, but the technology used did have certain limitations. The result was many sites missing out on an important part of perimeter protection, as shock sensors were reserved for the protection of secure assets inside the building.

The creation of piezoelectric ceramics allowed economies of scale to be introduced, which paved the way for wider uses of the technology across a range of industries. One of the more prominent uses of the technology has been in the manufacturing of speakers, where electrical signals are converted into vibrations to generate sound. Piezoelectric sensors are also commonly used in process control, manufacturing and processing, heavy industry, etc..

The security industry introduced shock sensors using piezo technology to replace older displacement technologies which were unreliable and costly to implement. Piezo technology has been in use for a number of years, and for some time it represented the best option for the detection of shocks, impacts and vibrations. However, as accelerometer technology becomes widely available, it allows the design and manufacture of shock sensors which are more reliable and efficient, and which also add a number of benefits when it comes to detector location and use.

Accelerometers are capable of delivering higher degrees of accuracy and efficiency when compared with piezoelectric technology. An accelerometer is an electromechanical device used to sense movement or vibrations. The use of accelerometers crosses multiple discipline in the industrial, commercial and consumer markets. For example, accelerometers are widely used to protect hard drives in a range of applications. If a PC or server is subjected to impact, excessive vibrations or a drop, accelerometers detect the threat and immediately switch off the drive to avoid damaging the reading heads or the hard drive platter. Accelerometers are also used in cars to deploy airbags when an impact occurs, and in smartphones to rotate the display depending on how the phone is held.

Advances in the use of accelerometers have created significant economies of scale, and this enables security manufacturers to increasingly include the devices in advanced shock and vibration sensors.

Accelerometers can be configured to be highly sensitive to sub-surface shock transmissions, which are created when an intruder attempts a forced entry. Despite this sensitivity, the devices are not affected by airborne high frequency noise, which has proved problematic with piezo technology in the past. Some applications have been unsuitable for the deployment of shock sensors due to environmental conditions, but the problem is eliminated with the use of accelerometers.

When deploying traditional shock sensors, there are often limitations as to where they can be installed, with an important emphasis on orientation. Again, this can mean that some uses are either limited or not possible. Accelerometers can detect in three dimensions, which allows them to be mounted in different ways. It also expands the possibilities for use, making them suitable for a range of added-value implementations. 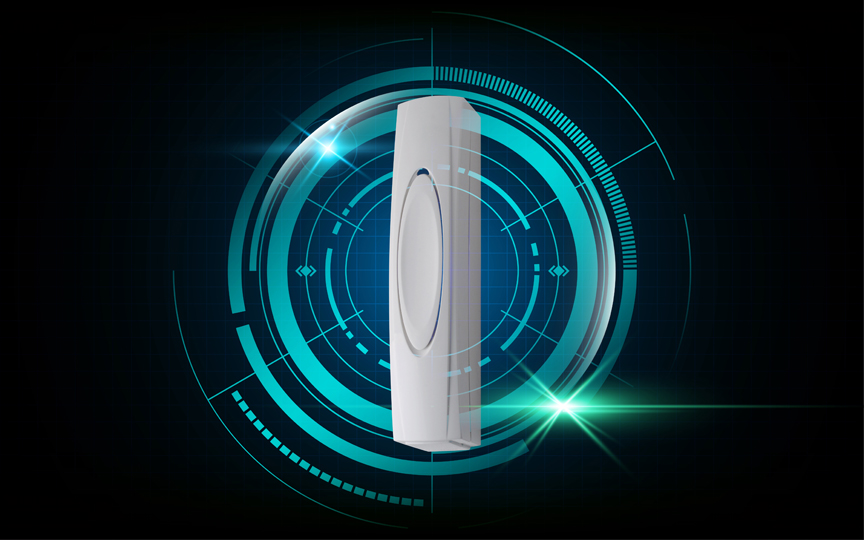 In order to ensure shock sensors deployed as part of security systems are accurate, reliable and effective, a new standard has been created which dictates the performance of shock detectors in graded alarm systems. It is vital that installers and integrators offering systems which require a police first response or adherence to the standards use sensors which meet the new regulations.

Because shock sensors will be used on a wide range of materials such as glazed windows, wood, metal and concrete, it is essential the right level of sensitivity can be selected. The new standard covers this and ensures that compliant shock sensors are capable of delivering the right level of protection in a wide range of installation scenarios. It is vital installers specify appropriate shock sensors, as the use of inappropriate or non-compliant devices may lead to a system no longer being recognised as a graded solution.

To meet the demand for compliant and accurate shock sensors, Texecom is introducing the new Impaq S Series devices. Designed to take perimeter protection to the next level, the detectors incorporate VIBER accelerometer technology to offer standards-compliant intruder detection without compromise.

The shock sensors are designed to detect and analyse a forcible shock and provide early warning of attempted intrusions before a break-in occurs, ensuring the safety of people and property. Catch performance is high, and the adjustable sensitivity makes the device ideal for a range of applications.

The new EN50131-2-8 European Standard for vibration detectors mandates stringent performance criteria across a wide range of surface materials, and the Impaq S Series exceeds these requirements and has been independently certified to Grade 2 by Kiwa Telefication.

With five digital sensitivity settings, the Impaq S Series is available in white, brown and anthracite grey finishes to match popular uPVC, wooden and aluminium frames. The detectors can also be mounted on concrete. With the Impaq SC and SC-W models, the Contact magnet can be installed on either side of the device, increasing location flexibility.

The Impaq S Series incorporate VIBER accelerometer technology to provide a high level of accuracy for vibration detection. This makes the sensors highly sensitive to sub-surface shock transmissions and immune to high frequency noise. The result is a shock sensor with unparalleled catch performance while actively discriminating against false alarm sources.

Not all detectors are the same….

All your motion detection needs. Captured

You are the future of security

Getting the most out of Texecom’s technology

What does the GDPR mean for the...

Texecom Connect – connect your home to...