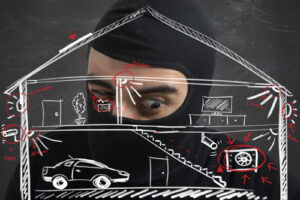 Anna Sliwon, security analyst, IHS Markit looks at the use of video alongside alarm systems

In 2017, nearly 23 percent of residential intruder alarm systems were sold globally with some form of video verification, including professionally installed systems, connected do-it-yourself (DIY) systems, and multiple-system operator (MSO) systems. This penetration is forecast to increase to nearly 32 percent by 2022.

There were $43 million worth of passive-infrared (PIR) cameras sold globally in 2017 with the market revenues forecast to increase to $64 million by 2022.

False alarms are a major problem plaguing the intruder alarm and remote monitoring services industry. Between 90 percent and 95 percent of alarms reported to the central monitoring stations turn out to be false. These false reports cost service providers, as they must send out a response team to verify each and every alarm. It also strains local police resources unnecessarily and could even increase the financial burden on end users, depending on local alarm response regulations and potential fines.

Video verification solves these issues, offering an undisputed remote confirmation of the nature of the alarm in the shortest possible time, which helps speed the operator’s response process. Video images can be transferred in real time to the operator, so it can be assessed almost immediately, and so a response team or police forces can be sent with a much shorter delay.

The role of DIY, smart homes and consumer video

The popularity of video verification solutions is boosted by the influence from the DIY security market, smart home market and consumer video market, as follows:

Video verification can also benefit installers and dealers that want to offer a broader range of services to their customers. Cloud hosting and support for video self-monitoring delivers greater value to end users. Installers may also find themselves closer to their customers than some remote monitoring companies, which makes it easier to increase customer awareness about new offerings. In any case, partnerships between installers and remote monitoring stations can increase revenue per user and provide a more stable annual income. Subscriptions generated by installers could offset normal attrition rates experienced by remote monitoring companies.

The main barriers to broad adoption of video verification are the following:

Facial recognition – on a positive note