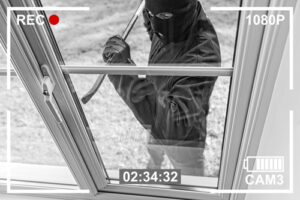 During this unprecedented time, home security will likely be at the back of most people’s minds as we are having to spend most of the day at home, but perhaps this shouldn’t be the case. Unfortunately the statistics show that it should actually be a top priority, as 58% of burglaries happen when someone is in the home according to research published last year by the UK Office for National Statistics.

This research also revealed some concerning trends emerging. While the number of burglary offences recorded by the police in 2019 stood at 380,567 – a decrease of 4% compared to the previous year – there were worrying increases elsewhere.

According to crime prevention advice published by Police.co.uk, homes are five times more likely to be burgled if there are no security measures in place.

What’s more, less than one in five people (19%) are concerned that their current home will be broken into, according to new data from SimpliSafe. The survey also found that half of correspondents (50%) aren’t worried about being burgled at all, whilst almost a third (31%) said it had never crossed their minds.

Jonathan Wall, UK General Manager of SimpliSafe, says: “While the overall decrease in the number of burglary offences recorded is positive to see, what is really concerning is that the number of people who appear to think about their home’s safety very rarely. Although we certainly don’t want to scare people, unfortunately no one is immune to home burglaries or theft.

“When you look at the numbers combined, 81% of people don’t pay their home security the attention that they should. Those are unprecedented numbers. We hope to help spark a wake-up call among the people of the UK and ask them to make small but effective changes to protect their home, possessions and loved ones.”

Security and building management working together