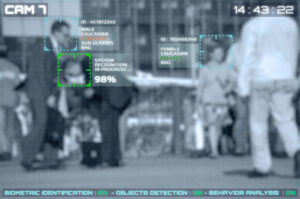 The Information Commissioner Office (ICO) has demanded a new statutory code to govern the police use of “invasive” facial recognition technology. The watchdog’s investigation follows the August incident over its use at King’s Cross station, in which it determined the technology was a potential threat to the public’s privacy.

This year police forces across the UK have already faced controversy and opposition over the public use of facial recognition, among which a court case was launched against South Wales Police, and 18 politicians signed a petition to stop its use, with many trials of the technology stopping nationwide. This has highlighted that acceptance is just as important as the maturity of the technology in order to obtain the expected benefits.

“Police forces across the country halting facial recognition trials due to public backlash is a huge step backwards and puts innovation at risk,” comments Jason Tooley, Chief Revenue Officer of Veridium. “There is increasing concern in the community that regulators such as the ICO will take too much of a heavy-handed approach to regulating the technology, and we must absolutely ensure innovation is not being stifled or stopped. It’s in the public interest for police forces to have access to innovative technology in order to deliver better services and safeguard our streets.”

“Police forces are under increasing cost pressures, with direct government funding falling 30% in the last 8 years, and as a result biometrics are making their way into government policy to improve the quality and efficiency of policing whilst reducing costs. The use of biometrics can support identity verification on-demand and at scale, which has been seen abroad where officers currently leverage widely adopted consumer technology. However, it is imperative police forces take a strategic approach as they trial biometric technologies, without giving precedence to a single biometric approach.”

Jason continues: “If the police adopt a transparent policy on how biometric data is interpreted, stored and used, the public’s data privacy concerns can be greatly alleviated, which will in turn trigger consent and wider acceptance. Managing expectations around biometrics and how the technology will be used is crucial, especially in surveillance use cases. Concerns over data privacy can also be eliminated if sensitive biometric data is stored in the correct way.”

Drones should have a role in fire...