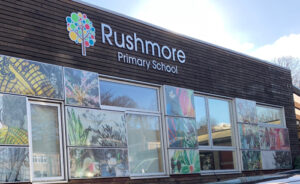 The Board of Governors decided to replace the ageing CCTV system with a solution that would provide higher quality, recordable footage day and night. As the school is based in a residential area it was also important that invisible, non-intrusive infra-red lighting was used rather than floodlights that could disturb neighbours.

Based over two sites on opposite sides of a private road, there was added complexity of installing an integrated CCTV system that served both sites. Delta Security used catenary cables that run across the road to ensure the CCTV system was fully functional throughout the entire site.

Vanessa Browne, School Business Manager, Rushmore Primary School, says with a large, disparate site it was important that the system provided full coverage: “We wanted a system that would give us total visibility and instant play-back of footage across all entrances and exits, as well as some internal areas.”

Staff rack up 105 years of service