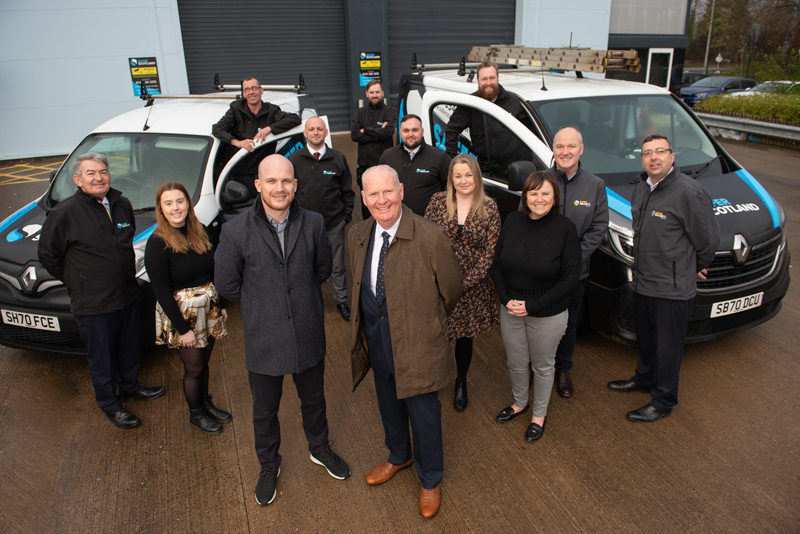 Security industry entrepreneur Ryan Clark is set to bring back jobs and future prosperity to the area where he grew up. Following the founding of his own technology-driven security business, Safer Scotland, in 2016, Ryan is scheduled to open a 6,000 square feet headquarters at Kelburn Industrial Park, Port Glasgow, early in 2022.

The company’s new premises is currently being upgraded at a cost of £500,000 to a bespoke 12,000 square feet facility incorporating a CCTV monitoring station, manufacturing/assembly, and administration space.

In addition, while four people from Inverclyde have already been recruited, more new jobs for local people are planned as a result of the ambitions of Ryan and his senior management team.

The new premises, which will accommodate a staff of 35, will permit the company, part of the Safer Security Group, to make good on its immediate growth plan which includes the doubling of turnover to £4m in the coming year, with £8m and £10m projected for succeeding years. Currently, the business is on a major recruitment drive across the UK to service new contract wins.

Ryan said: “Safer Security Group’s strengths until now have been in construction, void property protection and rail, and we will aim to move swiftly into new markets in sectors such as roads and highways and national infrastructure protection.”

North appoints new Chair of the Board