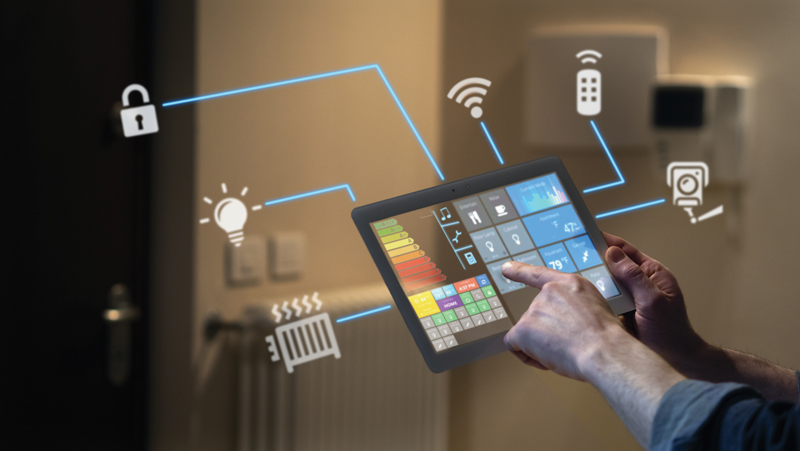 Western Digital has worked with Loudhouse to conduct 6,084 online interviews with citizens in the UK, France, Germany, Russia, Italy, UAE and Saudi Arabia to discover their level of understanding and opinions regarding the development of smart infrastructure in the home, and in towns and cities. The positive news for technology designers and manufacturers is that interest in smart technology innovations, whether in the home or the city, is high. A substantial 90 per cent of those surveyed across EMEA said that they are looking forward to at least one forthcoming form of smart technology.

Davide Villa, business development director for EMEAI at Western Digital, commented: “One of the biggest storage challenges with security cameras is the fact that they’re always on. Storage technology therefore has to be able to keep up, delivering reliable high-performance data transfer and data writing speeds to ensure high-quality video is captured and analysed.”

According to the research, that barrier to adoption would appear to be based on a lack of understanding of how consumers’ data is captured, stored and used. Just 19 per cent of UK consumers believed they knew more about personal data capture than others, highlighting a general lack of awareness and the need for reassurance and clarity from smart technology vendors on this issue.

In addition, consumers also have concerns about whether their data is at risk, with the Western Digital research revealing that as many as one in four consumers have no trust in organisations to keep their data safe.

When asked about their priorities for managing and storing smart technology data, consumers across EMEA identified the following as being the most important:

Davide Villa added: “The next few years should be an exciting time for smart technology providers. The market is growing, consumers are excited for what’s coming next, but a lack of knowledge around smart technology infrastructure threatens this progress and the gains that will go with it.

“The report shows a real consumer interest in smart technology and an opportunity to educate consumers on data storage and protection parameters to turn this interest into uptake. This is an opportunity for all those in the value chain, including installers. If they can advise customers on not only the best smart technology, but also the most appropriate storage to meet their needs and ensure they’re in control of their data, they can help address any concerns and ensure customers have the smart security systems that give them the best possible experience.

“Local storage and encryption can play a key role in reducing the knowledge gap. Educating customers on solutions such as consumer storage devices will put them back in control of their data in smart technology in the home. In addition, the implementation of the right storage infrastructure and technology and subsequent education on this will help consumers to feel that their information is more secure and remove doubt around these new technologies. The appetite is clearly there.”

Are you ready to embrace IoT?