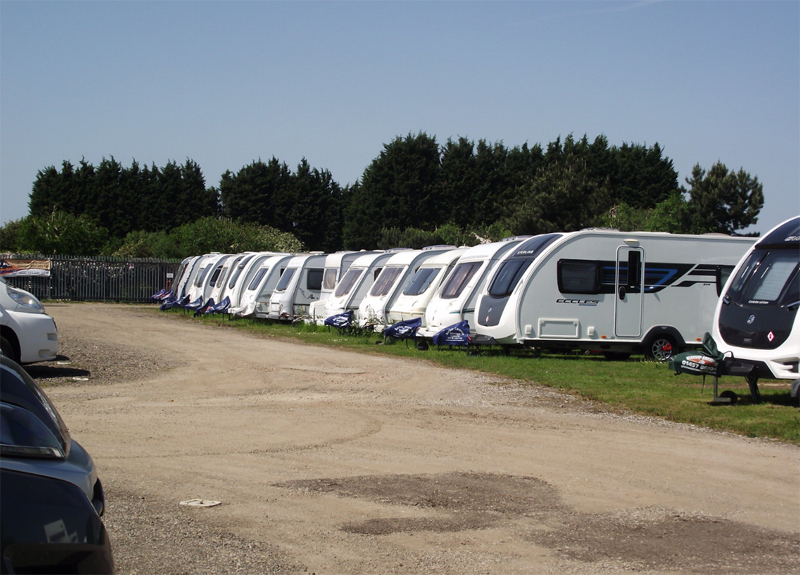 Border Caravan Storage in Deeping St James offers storage for 170 caravans, motor homes and trailers. The site near Peterborough used an access control system to control access to the site, but there wasn’t an ideal method of tracking which units were on site at any given time. The management team had been using a manually operated display board that was prone to error, so they decided to look for a reliable automatic method of identifying which units were on site.

The Border management team spoke to Paul Evans of BTT Comms who suggested using an airlock system, where vehicles have to pass through two separate electronically controlled gates to enter or exit the site. The existing drivers’ access control fobs are used alongside uPASS tags, which are placed in the side window of the caravans for detection by the uPASS long-range reader. If a caravan passes through the first gate, the second gate will only open if the uPASS tag and the driver’s fob are both detected and provide a valid match. The information is also relayed to a specially designed asset management system that keeps a real-time log of all units on and off the site.

This system from Nortech has been recognised by CaSSOA, the Caravan Storage Owners’ Association, whose endorsement is recognised by insurance companies, thereby reducing insurance costs for the caravan owners.

“We are very pleased with the new system which provides information in real time and we now know which caravans and owners are on site at any time giving us total peace of mind” said Helen Rogers of Border Caravan Storage.

Skills for Security names Apprentice of the Year

ECHO appoints Mike Reddington to Board